Sometime into the new millenium, there is an event (he says it's not specific but Dan pointed out that it seems in context that nobody knows what it is) occurs that releases an explosion or some type of energy that causes a lot of ruin (flashy dialogue it sounded like, with a sky opening up and whatever). Human survivors in Japan flee to the rural areas becuase the cities are (AND THIS IS WHAT I THINK IS THE TOO GOOD TO BE TRUE TIPOFF) taken over by demons (Dan read this as ogres first though, so I'm not sure if it really is demons. That suggestion was moreso done by me). Years pass since this disaster and the wildlife has florished into forests. The survivors brought their technology or shelter (again, choppy translating) to these forests and called these habitats or places "Jannahs" (Dan said this was in English/Romaji, so I asked him to spell it out exactly). Cities are forbidden zones or cursed (translation issues) and are taken over by demons/ogres and bad/evil people (I'm thinking he was pinpointing this as almost a new religion, possibly cult referance). Even though the cities are off limits for whatever reason, teenagers/youths are sent their for some purpose (it sounded like a weirdly phrased rite of passage ceremony). One teenager (name not specified, I guess its maybe the hero) is sent into the ruins of Tokyo which is the location of "Zero Point" (whatever that is, I'm assuming it has to do with this disaster IMO). The paragraph ends with something about the truth of the destruction and what happened being there in the ruins and that the hero will be integral to some sort of larger outcome. 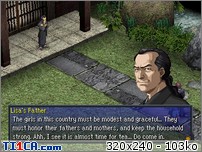 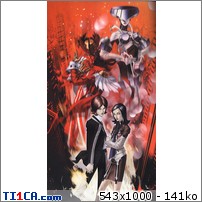